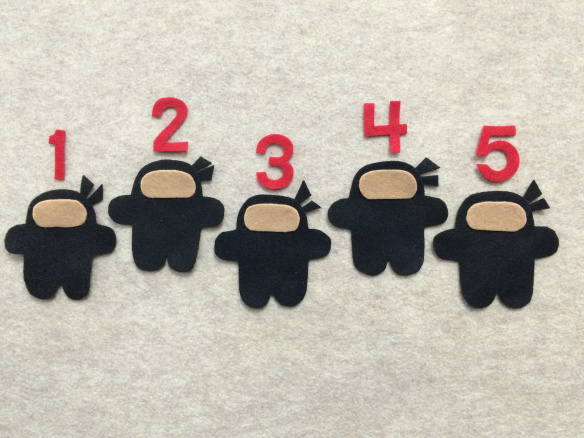 Felt Board:  Ninja Made from Shapes

Do you see a ninja? I do.
To make a ninja, first we need a head.
This one is round and red.
The rectangle will make a space,
Just big enough for a peeking out face.
Next we’ll add two small circles for eyes
And two tiny rectangles, to make our ninja look surprised! 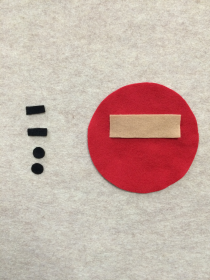 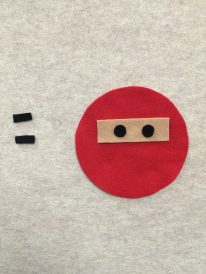 Song: If You’re a Ninja and You Know It!

You can’t do a ninja themed storytime without at least mentioning the Teenage Mutant Ninja Turtles!  I decided to incorporate them into a fun matching activity.  I made cards then laminated them and put velcro on each side.  One side of each card had and image of a turtle shell (a different color for each card) and the other side had an image of one of the ninja turtles.  I made sure that I made two Michelangelo’s, two Donatello’s, etc…. so that we could play a matching game.  Here’s some pictures: 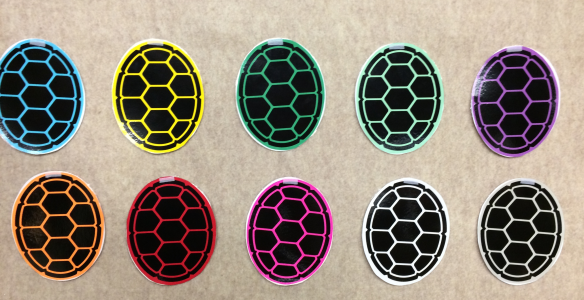 I asked the kids which color card I should turn over and we played the memory game until we found all the matches.  I wish I had written the names of each ninja turtle under their faces but didn’t think of that until after I laminated them.  Oh well.

Another idea I thought of after the fact:  I created simple ninja head bands out of paper towels.  Next time I do a ninja themed storytime I’ll give one to each kid at the start so we can pretend to be ninjas!